Should Brands Be Fighting Social Causes?

Cause marketing is becoming the new norm in advertising, but have we gone too far? 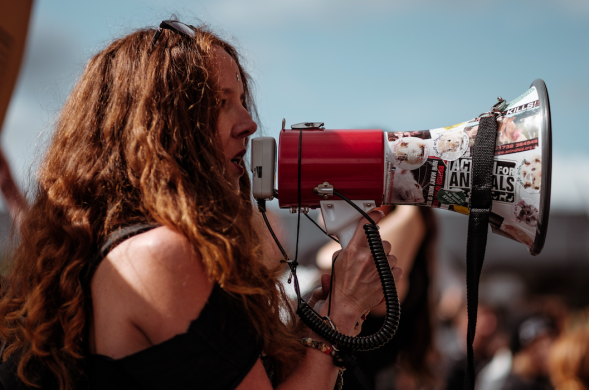 If you're not familiar with the term 'cause marketing', you will have more than likely come into contact with its repercussions on social media in recent months. Cause marketing is an extension of a brand’s social responsibility, where they attempt to sell their products or services while simultaneously pursuing a better world for us all.

Sounds ideal, doesn’t it? Well, it has been at the heart of many of the most memorable (and often controversial) campaigns of recent years. Examples include:

When the mantra of marketing used to be “sex sells”, it’s now firmly becoming “social responsibility sells”. And, it’s not simply brands leading the charge for cause marketing to shout about their support of various important movements – it is backed by changing attitudes among consumers, particularly in younger generations.

According to a survey by 4Sales, 60% of 16- to 24-year-olds pay more attention to adverts that tackle important social causes, particularly if they align with beliefs they have. Furthermore, 57% of this group think brands should be raising awareness of critical social and ethical issues through their marketing.

So, if the next generation of consumers are demonstrating that a brand’s social and ethical values are a core concern to them, and marketers are feeling more comfortable with obliging these wishes by taking a stand on hot topics, surely cause marketing is a welcome approach?

In some cases, it is definitely a benefit, but in others, it can be a harmful distraction from purpose-driven, results-based marketing.

Now, this isn’t intended to bash younger people for being idealist – what’s better than wanting to be a positive force for change in the world? The fact they are placing an impetus on brands to use their position to influence social issues demonstrates that more progressive attitudes are shaping the coming generations.

But, it seems many brands and marketers have started to lose sight on what the job of marketing really is – to boost awareness and sales of a product or service. That’s in most cases the goal. Taking a stance on political, social and ethical causes might generate a lot of buzz and get plenty of hits online, but if it doesn’t impact your bottom line, it simply generates a lot of noise that dissipates over time.

As Shaun Moran says in an article on The Drum from 2017: “Marketing departments should concentrate on what they’re paid to do – building brands and delivering a return on investment, rather than piggy-backing every topical moral cause.”

Particularly as, nowadays, cause marketing is everywhere. It’s no longer an innovative concept driven by brands like United Colours of Benetton. Today, you don’t have to look hard to find a “Fearless Girl” or Paddy Power’s poorly thought-out “official bus for gay footballers”.

As more and more brands introduce more and more campaigns about more and more social issues, their impact will certainly become more and more diluted. The message won’t land as strongly as intended, and it will appear as though you’re simply jumping on the bandwagon to manipulate consumers, especially if your brand has demonstrated no interest in the cause in question before it hit the headlines.

The Pepsi/Kendall Jenner debacle is a prime example of this potentially dangerous trend. It’s getting to the point that if every brand has a cause, then none of them might as well have them.

Now, with the right direction, cause marketing can be a valuable ally for brands looking to improve engagement with their customer base. But, it hinges on strong marketing fundamentals and that special ingredient: authenticity.

The Nike campaign featuring Colin Kaepernick is an example of a well-planned campaign that used a major social issue to their advantage, but was based on a firm marketing strategy.

They identified that this campaign would be directed at 18- to 29-year-old men, who likely had a stronger affinity to side with Kaepernick over the controversy surrounding him. They uploaded the video across their social media platforms to extend viewership and get conversations going about the advert. And they spent time pre-testing the campaign instead of jumping on the issue immediately – the campaign didn’t launch until two years after Kaepernick took the knee.

The result? While Nike unquestionably alienated a substantial portion of their customer base, their online sales increased 31% over Labour Day Weekend 2018 compared to 2017, and encouraged a more passionate, vocal audience base. In this instance, the combination of a structured, well-researched campaign and a core social message proved valuable for the brand.

And, as mentioned earlier, authenticity is key. Essentially, if you don’t believe in the cause you’re highlighting to consumers, they’ll see right through it. If you can demonstrate you’ve been an active supporter of a key social cause, be it gender equality, environmental protection, human rights or any number of topics, this can forge a strong emotional connection with like-minded customers that your competitors can’t offer.

But, if you’re simply jumping on a topic to attract attention to your brand, it will stick out like a sore thumb, and risks leaving significant damage. And, with cause marketing becoming increasingly more widespread, consumers will undoubtedly become more wary of brands showing a disingenuous nature.

Marketing with a Cause

In summary, while cause marketing has arguably oversaturated the entire advertising landscape, it can still be a valuable way to forge an emotional connection with your target audience. If your beliefs align with theirs, and you can demonstrate a lasting affiliation with the issue in question, it can be a way for you brand to stand out over competitors.

However, it is critical to not fall into the mistakes that Pepsi, Audi and other brands have fallen into – cause marketing for the sake of it. Don’t allow this trend to take precedent over solid marketing foundations and techniques, and ensure there is authenticity and purpose behind the cause you support beyond trying to attract customers. While this is a goal, doing it simply for that purpose will turn customers off in a hurry.

If you’d like help giving your marketing a cause and connecting with your audience, speak to our team at Storm. Our proactive approach to marketing across all platforms helps our clients make meaningful differences to their bottom line and build their brand’s reputation, as well as guide campaigns that demonstrate their social responsibility the right way.